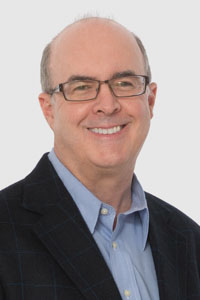 DALLAS – November 11, 2013 –  Coats Rose lawyers closed one of the first Texas municipal bond financings secured solely by “assessments” collected through a Public Improvement District (PID).  The bond proceeds were used by the City of Lavon, Texas, near Dallas, to reimburse the developer of the Grand Heritage master planned community for water, sewer, drainage and road improvements serving Grand Heritage.

Traditionally, public infrastructure financing for a development like Grand Heritage is done through bonds issued by a Municipal Utility District, (MUD) and secured by unlimited ad valorem taxes levied on all the property located within the MUD, including land not served by the improvements.  PID financing utilizes an annual assessment fixed in amount over 30 years levied only on the lots being served by the improvements.

Only a few cities in Texas have taken advantage of the creation of PIDs.  “In certain instances cities prefer the infrastructure to be financed through the PID rather than a traditional MUD, because the City prefers more direct control over the financing, the assessment is fixed up-front, or because of the reduced overhead in using a PID instead of a MUD,” said Tim Green, Director.

Green says cities are becoming more knowledgeable about PID financing and there will be more in the future.  “We are working on several proposed PID financings and we find that both the cities and developers are beginning to embrace them.” According to Mr. Green the interest rate borne by the Lavon PID bonds is similar to bonds issued by a similarly situated MUD.

Tim Green specializes in the creation of special purpose districts and construction financing throughout Texas, particularly in the Houston and Dallas/Fort Worth areas.  He has been involved in the development of thousands of acres of land for residential and commercial purposes, and the issuance of over $5.0 billion of tax-exempt bonds for the financing of public infrastructure.  In addition to his representation of special purpose districts, Green represents land developers, land-owners, and homebuilders.