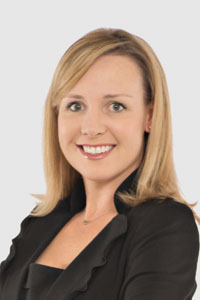 October 24, 2014 – CELINA, TX – Mindy L. Koehne joins two new members as part of the Celina Economic Development Corporation board for the 2014-2015 year.   Ms. Koehne will join Bill Morris and Scott Stawski on the board dedicated to the promotion and support of economic development in the city of Celina, Texas.
Mindy is an attorney in the Public Finance and Real Estate sections of Coats Rose, P.C. She graduated Cum Laude from the University of Cincinnati with a degree in Business Administration and earned her J.D. from the University of Dayton. She was admitted to the State Bar of Texas in 2006.
Mindy’s work is concentrated primarily in the real estate and public finance areas. Her representation involves the creation and administration of special purpose districts located throughout Texas. The majority of Mindy’s practice involves the representation of real estate developers who engage in both commercial and residential development.  She represents clients before various governmental entities, including: The Texas Commission on Environmental Quality, The Texas Legislature, cities, counties, and various regional service providers. She is a member of the American Bar Association, State Bar of Texas, Texas Young Lawyer’s Association, the Dallas Bar Association and the Dallas Builder’s Association.
Celina has a trade population of approximately 69,000 and located just north of Frisco, Texas, in the coveted ‘Golden Corridor’.   With major highways running north-south within 30 miles on both sides and an east-west highway running seven miles south of the city, Celina is uniquely positioned to serve as the regional center of the North Dallas growth corridor. A forecasted population of over 300,000 at build out would make Celina the second largest city in Collin County.
Coats Rose is a business transaction and litigation law firm based in Houston, Texas. For more than 25 years, Coats Rose attorneys have worked with clients in construction/surety law, real estate law, commercial litigation of all types, municipal law, public finance, affordable housing, insurance law, labor and employment law, and governmental relations. Coats Rose is comprised of over 90 attorneys, with offices in Houston,  Dallas, Austin, San Antonio, and New Orleans.