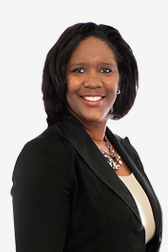 Mattye Jones, a Director with Coats Rose, P.C. worked strategically and tirelessly to prevent the foreclosure and eviction of Altamease Hayes,  former wife of Dallas Cowboy’s “Bullet Bob” Hayes, from her longtime home in Dallas.  Bob Hayes was the first man to win both an Olympic gold medal and a Super Bowl ring and was the second gold medalist to be inducted into the Hall of Fame.
Ms. Hayes has been granted a reprieve, which affords her the opportunity to stay in her home and enjoy the memories of her family.
Click here to watch the full report.

By Bianca Castro, NBCDFW
Altamease Hayes, who was once married to Pro Football Hall of Famer and Dallas Cowboys legend “Bullet” Bob Hayes, received an extension Tuesday just as she said she could be weeks from being evicted.

The mortgage servicer agreed to a 30-day extension just before a foreclosure hearing Tuesday.

The 72-year-old grandmother’s home was set to go to auction at 1 p.m. Tuesday on the north side of the George Allen Courts Building on Commerce Street. 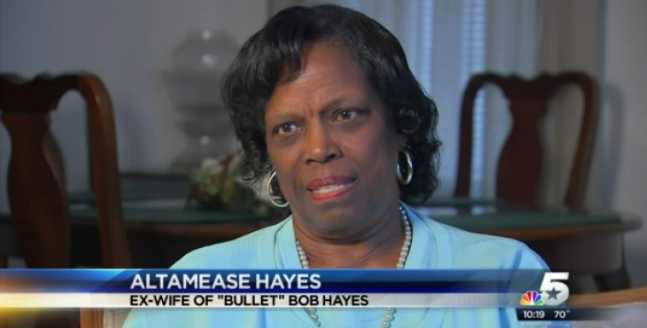 Her former husband is a name football enthusiasts would recognize. Robert Lee “Bullet Bob” Hayes was an Olympic sprinter turned NFL wide receiver for the Cowboys once regarded as one of the fastest men in the world.

“I was married to Bob Hayes from 1965 to 1976. We were college sweethearts,” said Altamease Hayes.

The couple had one daughter together, but the marriage eventually fell apart. Years later, Altamease Hayes bought the Oak Cliff home where she lives now.

“It’s mine. I bought it. It was a mess when I came in here. I bought it and had it fixed it up and I enjoy it. I enjoy being home,” she said.

However, she reached financial hardships while caring for her dying mother. She said she’s been working hard to catch up on her mortgage obligations since then but has received no answers to her extension requests with the lender.

On Tuesday, the mortgage service said it would check to see if Hayes qualifies for refinancing through a government assistance program.

Altamease Hayes said she is reaching out to the Cowboys organization and has been in touch with many retired players, who are trying to help her keep her home.

“There’s no place like home and this is home,” she said.