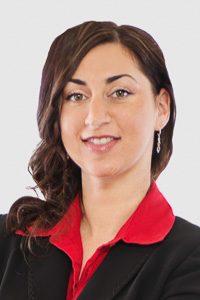 On August 19, 2020, a hearing was held in a lawsuit filed by several manufacturers and retailers of smokable hemp products in Texas to prevent the State from enforcing its new rule banning the processing, manufacture, distribution, and retail sale of smokable hemp.  The temporary restraining order (TRO) was granted, meaning that for 14 days, or until the full hearing with evidence is held on the Temporary Injunction sought by these businesses, the State is not allowed to enforce this rule.

The hemp statute expressly forbids the manufacture and processing of consumable hemp products for smoking.  This statutory prohibition was extended to cover the distribution and sale of smokable hemp by the State Department of Health Services’ (DSHS) adopted rule effective August 2, 2020.  The basis for extending the prohibition to sales lays in the statute and in the legislative intent expressed on the Senate floor.  The manufacture/processing ban is under a heading in the statute encompassing  the sale of hemp products.   Though a specific provision banning distribution or sale is not included in this section, “smoking” is broadly defined in both the statute and the rule.  DSHS’ position is the statute supports the ban on smokable hemp, and prohibiting its sale is a “logical extension” of the  statute’s ban on manufacturing/processing of hemp for smoking. Who wins here comes down to the words used in the statute and legislative intent expressed in passing the Texas Hemp Act in 2019.

When a statute is passed, a government agency is directed to adopt rules to enact the statute, meaning the agency has to make rules giving effect to all the words in the statute—but nothing more.  Technically, you typically cannot operate under a new statute until the rules are finished.  For example, there was no selling of medical marijuana in Texas under the 2015 Compassionate Use Act until the Department of Public Safety, the agency designated by statute for devising the rules, adopted final rules for the Act in 2017.

Thus, the State’s argument is that it was not legal to engage in commercial activities with hemp before the rules governing the regulated activity went into effect, including the smokable hemp ban, and the disallowance of smokable hemp is reinforced by the rule adopted by DSHS.  The State will likely argue that hemp was not legal in Texas until the summer of 2019, and therefore activity involving its manufacture, processing, distribution, and sale was not authorized until the State agencies adopted final rules to enforce the statute, including a licensing regime, which was not finalized by DSHS until July 2020.  Similarly, one could not plant hemp until the Texas Department of Agriculture (TDA) released its final rules in March 2020, governing oversight and creating licensing criteria.  Both agencies enacted their rules after duly considering about two thousand comments.  The hemp businesses claim their activities were legal before the enactment of the rules, and they will therefore suffer significant economic damages if the bans stand.  It will be very interesting to watch how the Court eventually rules on this hotly contested issue.

In response to the State’s opposition to the TRO, the Judge said to the State that if it were illegal and the hemp businesses could be prosecuted before the smokable hemp ban went into effect, then it is still illegal and the State can still prosecute, thus the “status quo” is maintained.  Whether things should be maintained “as is” until a full evidentiary hearing on a Temporary Injunction, which is like a mini-trial, is really the only inquiry for a judge at a TRO hearing.  However, here, there was no rule to enforce on August 1, 2020, and, smokable hemp sales cannot be criminally “prosecuted,” as the Judge told the State it was still free to do—but the Judge likely did not understand the regulatory framework of the hemp statute, and was not required to reach the merits of the rule for the limited purpose of the TRO hearing.  Hemp businesses can only suffer violations and fines by DSHS for selling smokable hemp, not criminal prosecution.  Nevertheless, their exposure to such fines was sufficient for them to prove imminent harm justifying a TRO.

While this is a short term win for the hemp businesses, they will have to surmount the burden of proving that the smokable hemp ban was contrary to the intention of the statute, and that it was legal before August 2, 2020, to be entitled to an order preventing the State from enforcing the smokable hemp ban rule going forward.

To be continued.  We will report back with a full legal analysis of both parties’ arguments and the outcome of the Temporary Injunction hearing, currently scheduled for September 2, 2020.