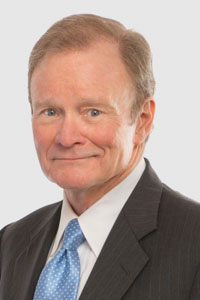 Frank is Of Counsel in the Oil & Gas/Energy and Real Estate sections of Coats Rose.  He has more than 40 years of legal experience with emphasis in the areas of oil and gas/energy and real estate, including service as General Counsel to TXCO Resources Inc., and several privately held energy companies.  Frank has held an “AV” rating by Martindale-Hubbell since 1984.

Frank’s practice focuses on oil and gas/energy transactions and project finance, real estate and real estate transactions and project finance. He has extensive experience in most segments of the energy industry, including exploration and production; mergers and acquisitions; crude oil and natural gas marketing and purchasing; natural gas processing and transportation; petroleum product production, marketing and purchasing; alternative fuels; and strategy development.  He is also highly experienced in debt restructuring and reorganization for financially distressed public and private oil and gas companies.