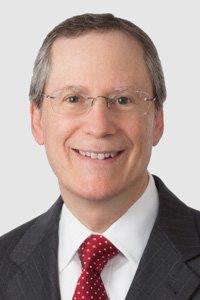 Michael is a Director in the Dallas office, where he has practiced in the area of real estate and business law for over 30 years. He began his career in real estate law working as in-house counsel for a large developer in San Antonio, Texas. In private practice in Dallas since 1985, Michael has been involved in many aspects of real estate, representing clients in the acquisition, development, financing, leasing and disposition of commercial real property. Over the years, he has developed a sub-specialty in representing clients with respect to leasing commercial real estate and landlord-tenant law, with clients on both sides of the table, including landlords owning multiple types of properties, from office to retail to industrial, as well as representation of tenants leasing space across all types of commercial real estate. In business law, Michael has represented clients with respect to their entity formations and governance documentation, capital financing, acquisitions, dispositions, and other contract negotiations. He has worked with a number of individuals serving as counsel to their start-up businesses. In addition to his practice in real estate and corporate matters, for the last 10 years, Michael has represented clients involved in the unique business of tax lien lending under special provisions of the Texas Tax Code, including guidance with disclosures, loan preparation, foreclosure and other documentation related to this financial product.