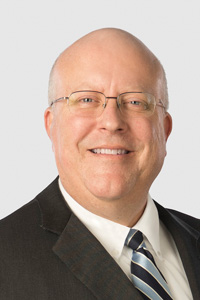 Roger Scales is Of Counsel in the Houston office of Coats Rose, P.C. and a member of the firm’s oil and gas practice section. For more than 25 years, he has built an extensive oil and gas practice focusing on matters involving title examination and the negotiation and evaluation of all manner of oil and gas agreements, including oil and gas leases, pipeline easements, and seismic permits. Roger has conducted mineral title examination resulting in the issuance of title opinions covering all of the major oil and gas exploration areas in Texas and active areas in several other states. Roger works primarily with operators but also assists mineral interest owners. In recent years, his practice has expanded to include renewable energy areas, and he has negotiated leases and land purchase agreements for both wind and solar projects.  Other areas of practice include facilitation of IRS Section 1031 like-kind exchanges involving oil and gas interests and farm and ranch properties; oilfield equipment procurement and shipping; groundwater leasing; farm and ranch management; and general business and commercial matters. Roger has served as an expert witness in litigation involving mineral title interests and has made numerous presentations to professional groups and associations on a variety of matters pertaining to current issues in the energy sector.

Roger is a graduate of South Texas College of Law in Houston, Texas. He is licensed in Texas, New Mexico, Ohio, and North Dakota, and is a member of State Bar of Texas (Oil, Gas, and Energy Resources Law Section), and numerous other professional organizations.

"A Discussion of the Pugh Clause: or, How Well Do You Know the Freestone Rider?" presented to PBLA, October 8, 2019