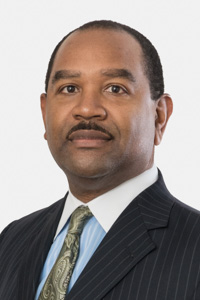 Ronald A. Bell is a Director in the Cincinnati Office of Coats Rose, P.C.  He maintains a multidisciplinary practice that encompasses capital markets (public finance, asset securitization, and other capital raising transactions), tax credits, and employee benefits/ERISA, executive compensation, and affordable housing.  Ron was named to the Best Lawyers in America list 2018-2022, published by Woodward White Inc., for the areas of Employee Benefits (ERISA) Law and Tax Law. He was named a 2022 Best Lawyers® in America Lawyer of the Year for ERISA Law in Cincinnati.

Ron also advises on asset securitization transactions such as TOBs, COPS, custodial receipts and unit investment trusts for securitizing tax exempt bonds and other investment vehicles.  He regularly advises on tax and ERISA matters affecting the disclosure documents (e.g., POS, OS and PPMs) for tax-exempt bonds, taxable debt, equity, and hybrid securities issuances. His experience in the capital markets area is in the multibillion dollar range.

Ron received his Bachelor of Science degree in Aerospace Engineering from Polytechnic University in 1988, received his Master of Science degree in Aerospace Engineering from the University of Cincinnati in 1991, and received his J.D. from Ohio State University in 1994. He is admitted to practice law in the State of Ohio, in the United States District Court for the Southern District of Ohio, and the United States Tax Court. He is also a member of the National Association of Bond Lawyers, the American Bar Association Section on Taxation, the Cincinnati Bar Association, the CFA Institute, and the Chartered Alternative Investment Analyst Association.

Coats Rose Affordable Housing Lawyers Advise Housing Authority of the City of Texarkana, Texas on a Redevelopment Transaction Utilizing the Largest Combination of Revitalization, RAD, and LIHTC in the Region to Date

Coats Rose Attorneys to Speak at the 2018 Texas Housing Conference