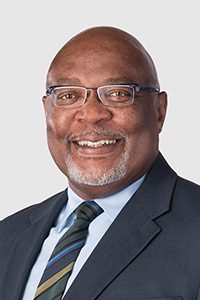 HOUSTON – October 31, 2014 – Coats Rose Of Counsel Dwight E. Jefferson is representing a man who suffered permanent brain injury while playing as the first black football player for the University of Texas in the late 60s.  Julius Whittier is now suffering from early onset Alzheimer’s disease.

Jefferson’s filing of the class-action suit against the NCAA is for college students who suffered brain injuries and did not go pro. This is the first lawsuit of its kind to be filed against collegiate athletics.

Jon Solomon of CBS Sports is just one of the many journalists covering this ground-breaking story this week and filed this report:

Jefferson appeared at a separate court hearing last week opposing the NCAA’s proposed $75 million concussion settlement with a different set of plaintiffs. Jefferson is assisting Chicago attorney Jay Edelson, who has been a vocal critic of the proposed settlement on behalf of another former player.

U.S. District Judge John Lee expressed concerns last week about the settlement, which is he considering for preliminary approval. The NCAA settlement reached in July would create a $70 million fund to test to test thousands of current and former athletes in all sports for brain trauma and put aside $5 million for research.

The settlement would cover only diagnostic medical expenses, not actual treatment — a criticism some people have of the agreement. Athletes would preserve their rights to individually sue universities, conferences or the NCAA for personal-injury damages and waive their claims collectively.

“For guys who played and have been diagnosed with brain diseases or disorders, this settlement does nothing for them,” Jefferson said. “As a matter of fact, what this settlement does is says you guys are out of this settlement and, oh by the way, you can never bring a class-action against the NCAA for your personal injuries. The problem with that, as I told the judge, is how valuable are these (individual personal-injury) claims? When you’re talking about older players who were diagnosed at say 60, they’re going to have a much tougher time — if not impossible time — to get attorneys to take their case.”

Steve Berman, the lead attorney for the plaintiffs who settled with the NCAA, said via email that Jefferson “is nuts” and has a “weak if nonexistent claim” because he can’t show a breach of duty in 1969 when Whittier started playing at Texas given the state of medical science then.

Berman said the NCAA is not setting up a fund to care for former players, as the NFL has done, because “it’s hard to establish a direct link” between those players and the NCAA’s liability. Berman said there’s a “clearer connection” between playing in the NFL and getting injured and “far less evidence” that the NCAA hid knowledge about concussions compared to the NFL. Also, the NFL settled with a fund for ex-players’ medical costs in part for public relation purposes, he said.

Wrote Berman: “But let’s assume this Texas lawyer is correct and you could prove a case — the point he made before judge lee is his client’s case is small and hence a class action (for) cte players is needed is wrong. The NFL settlement shows cte claims are large and lawyers will take these cases.” 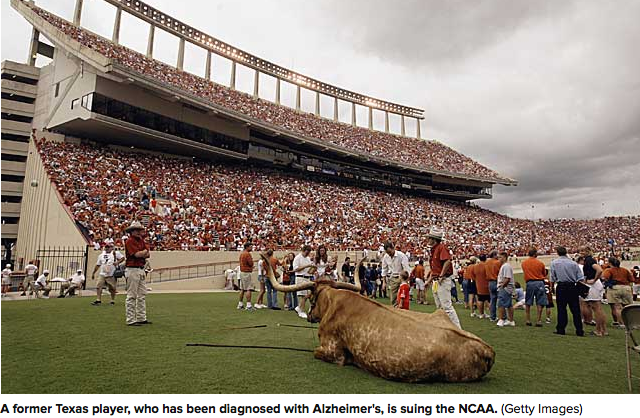 Whittier was an offensive lineman and tight end for the Longhorns from 1969 to 1972. Whittier served as an assistant district attorney for the Dallas County District Attorney’s office and is “totally disabled” at the age of 64 and cared for by his sister, according to court documents.

Repeated traumatic head impacts for Whittier created an increased risk of brain injury, such as Alzheimer’s, and the NCAA “should have established reasonable protocols to have protected Mr. Whittier and the other class members from injury,” according to the filing.

The class he’s trying to represent is all former college football players living in the U.S. who played from 1960 to 2014, didn’t play professional football and have been diagnosed with a “latent brain injury or disease.” Jefferson said he believes Whittier’s case will be moved from Texas and consolidated in Chicago, where the settlement is being considered.

Jefferson said the widow of deceased Texas defensive lineman Alan Rickman recently contacted him to inquire about whether the proposed NCAA settlement would include claims for families of ex-players who die from brain diseases. Rickman died in 2011 at the age of 54 after being diagnosed with early Alzheimer’s, according to Jefferson.

“I told the judge I thought the relevant period should correlate with the advent of the hardshell helmet and the face mask, which made a fundamental change in how the game was taught and played,” said Jefferson, who says he played football at Texas from 1975 to ’79. “Believe me, we were taught to lead with our helmet and use the head.”

Lee’s major issue overseeing the proposed NCAA settlement appears to be whether non-contact sport athletes should be part of it, said Berman, who has expressed confidence the settlement will eventually be approved. If Lee approves the settlement, class members have 180 days after the preliminary approval date to opt out of the agreement.

The NCAA did not immediately respond to a request for comment about the Whittier lawsuit.

Posted in News Tagged with: Litigation